We have new information.

Rapido is outfitting the remaining non-sound units with sound!

We will have a very limited quantity of these locomotives coming in the next few months.

Many of you did not have the chance to get your orders in for the GMD-1 1100 Series Locomotives.

If you want them, you need to get your orders in now.

This is a very high demand item.

Many of you missed out on ordering these new locomotives, this is your last chance to get these beautiful locomotives. We only have a couple of each locomotives left.

Remember, once they're gone they are gone for good.

Also here is a link to all GMD1's in N Scale left.....Click Here

Rapido is re-launching the GMD-1's in N Scale. We get comments from customers all the time asking "way can't Rapido do more N Scale stuff"?

Last year we announced a special run of SRY GMD1's in HO Scale with Rapido. They are coming soon and you can see images below. We have been asked many times "why not in N Scale"? Now that the same version is available from Rapido we are happy to announce we will begin to take orders on them in N Scale.

This run of SRY Engines will only be done if there is enough interest. And they will never be reprinted. We will only make a max of 20 of each paint scheme. So if you model the Vancouver Area here's a chance to get something unique.

These are only available through Pacific Western Rail Systems. This is a one time only run, so don't delay, or you will miss the train!

If you model the Vancouver area or the Lower Mainland – this is a must have engine! 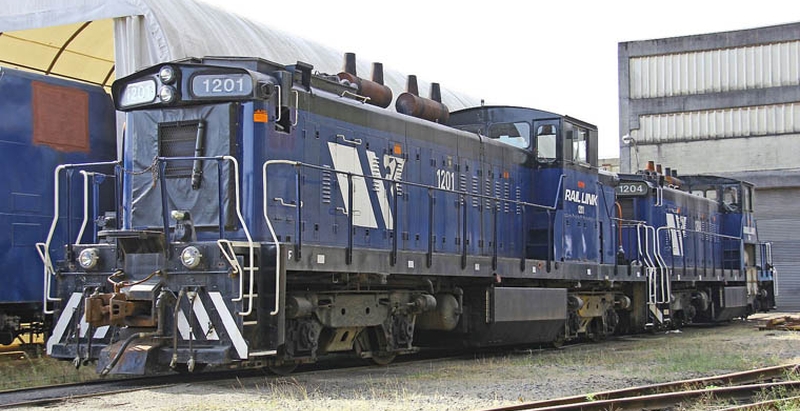 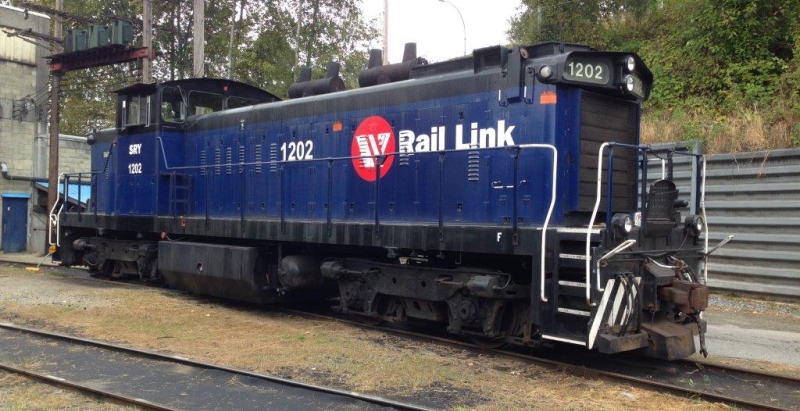 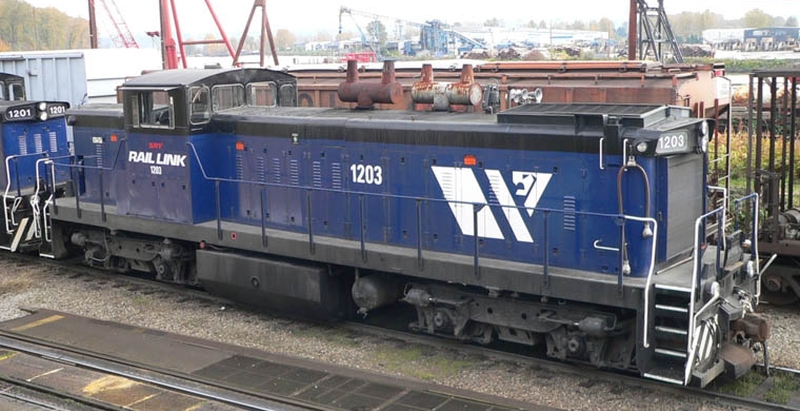 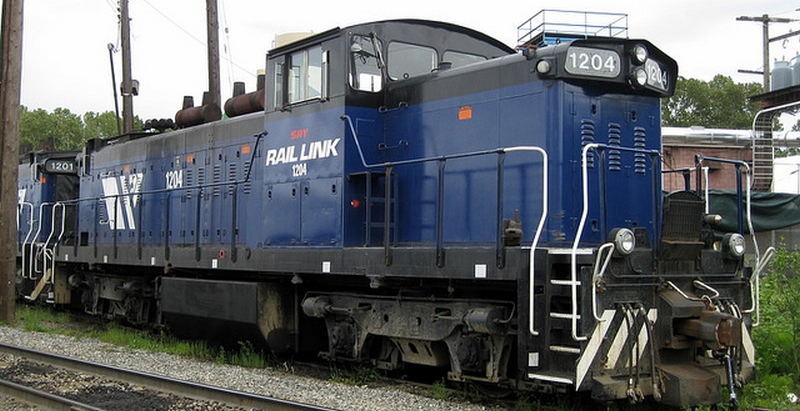 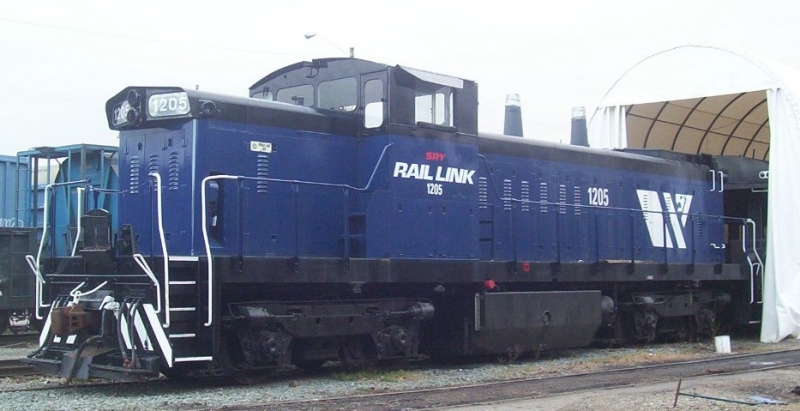 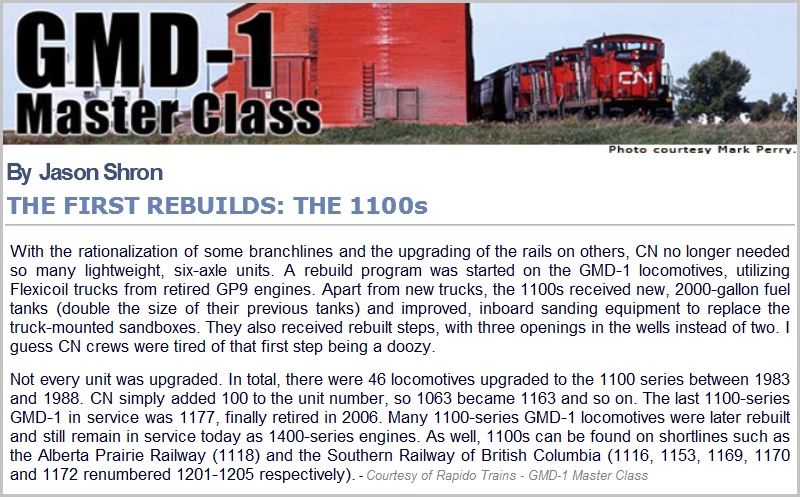 The Southern Railway of British Columbia, branded as SRY Rail Link (reporting mark SRY) is a Canadian short line railway operating in the southwestern British Columbia. The main facility is the port at Annacis Island with major import of cars, export of forestry products, and other shipments. The railway has interconnections with three Class I railroads, including Canadian Pacific (CP), Canadian National (CN) and Burlington Northern Santa Fe (BNSF). It operates a fleet of 29 locomotives, mostly consisting of EMD GP-9 & SW900 locomotives. It also rosters 5 unique Ex. Canadian National Railway GMD-1 locomotives*, and runs 3 SD38-2 locomotives, and 1 SD38AC. The railroad also operates a fleet 2,000 rail cars, SRY hauls approximately 70,000 carloads per year. It operates around 123 miles (198 km) of track, 62 miles (100 km) of which is mainline track.

Early 2005, the Washington Group, owners of SRY up here in the Vancouver area of BC, Canada, purchased some ex-CN GMD1's. The GMD1's were built by GMD specifically for CN's light rail branch lines, and most, if not all were equipped with A1A trucks when delivered. They have since been retrucked to BB configuration. These locos were unique to CN until about 20 or so years ago when some were sold to various leasing outfits across North America and South America. While shopping for some new-used locos, SRY came across and purchased 5 ex-CN GMD1's from the Taylor Rail Goup in Northern Ontario – CN 1116, 1153, 1169, 1170, and 1172. They were then renumbered to SRY 1201-1205 consecutively. They were all shipped from Ontario to B.C. by CP and arrived a few at a time. Some work was required to return these engines to running condition as they had been sitting idle for some time. They were first painted into the Washington group livery with the large "Lion's Head-W". SRY 1205, as seen above, sports the newer red "Meatball" style logo.

Southern Railway of British Columbia Limited (SRY) has a very rich history going back over 100 years. SRY was originally incorporated on April 3, 1897 and was known as the British Columbia Electric Railway (BCER), uniting several separate interurban and street railway systems in Vancouver, Victoria and New Westminster into one company. It was primarily an interurban trolley service for passengers, as well as freight for such as farm produce.

They operated the largest system of interurban railways in Canada, shuttling passengers and express trains back and forth across the valley for 40 years. In the late 1940’s automobiles, buses and the improvement of roads saw the end of an era for shuttling passengers and a new era for handling freight. Freight service was dieselized during the 1950’s and 1960’s, and the last electric freight switching ended in October 1970. Since 1950 the line has been a shortline freight railway playing a prominent role in the industrialization of Vancouver’s lower mainland and the Fraser Valley.

The BCER was taken over by the provincial government in 1961 when BC Hydro was created, and was then known as the BC Hydro Railway. Hydro continued to operate the railway until 1988, when it was sold by the Provincial Government to the Itel Rail Group, and was renamed the Southern Railway of British Columbia.

In 1994 it was bought by Washington Group International but kept the SRY name. The Washington Group has since merged with URS. To this day the Province and BC Hydro retain the right to reintroduce passenger service. In recent years, with congestion and growing environmental concerns, there has been increasing demand for this service, and willingness to pay, from persons wishing to travel among Fraser Valley communities other than by private automobile.