Both packs will feature three CP 57"6" Converted TOFC Flat Cars painted black with white lettering and feature light weathering, for a real world appearance. They were built 1965 in Napanee, Ontario as part of CP Rail series 505001-505389 and ride on roller bearing trucks. 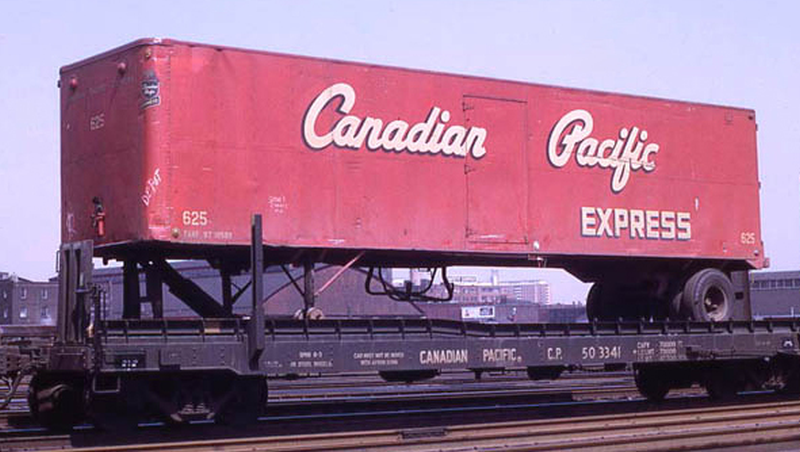 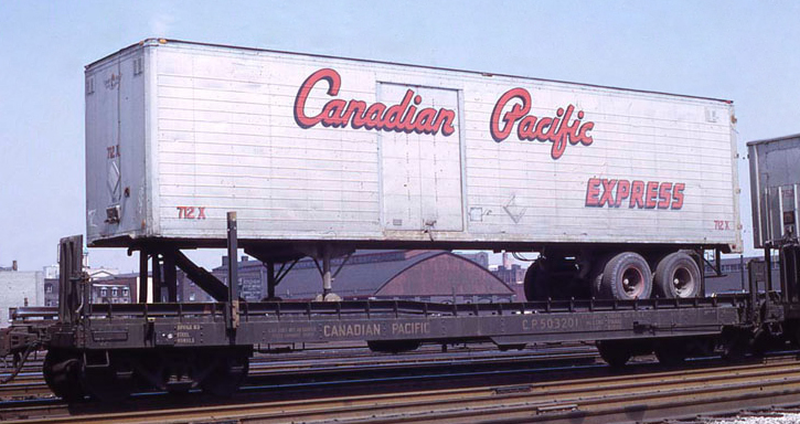 By combining 3-Packs from this and future releases, modelers will be able to build a prototypically accurate consist of these cars, as seen across Canada and the United States. 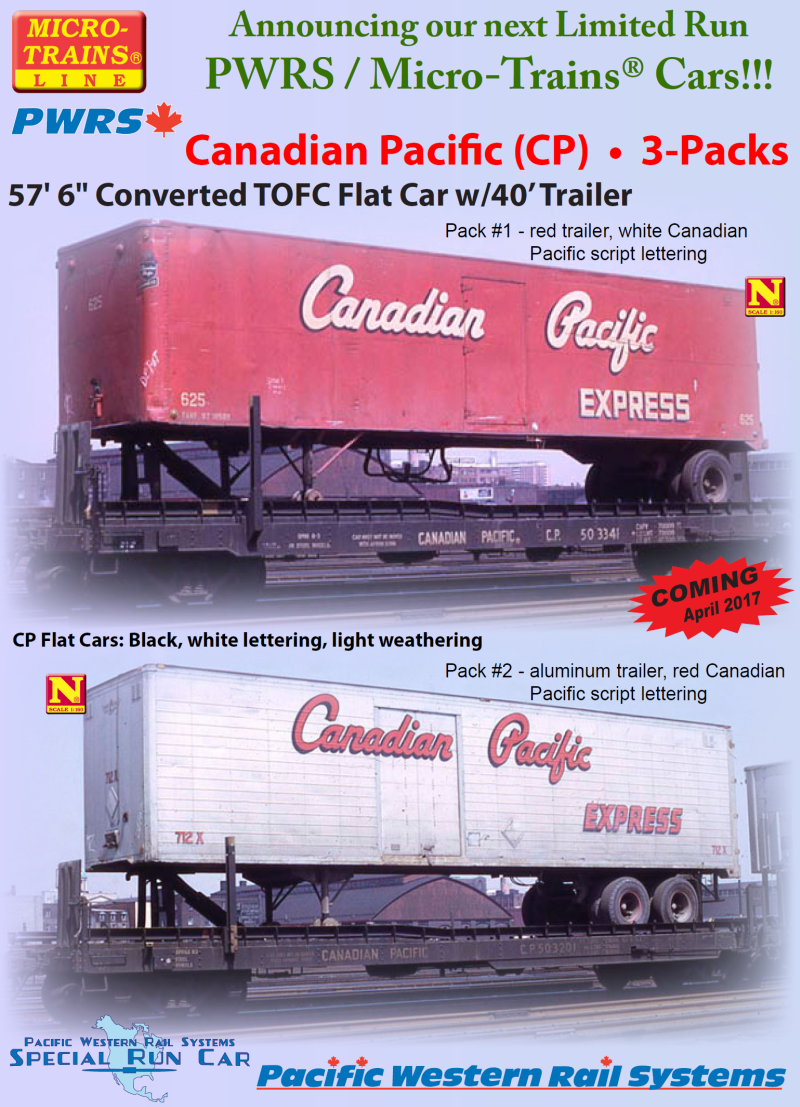