Micro-Trains has sent these photos of our most recent arrival of PWRS Exclusive Special Runs!

These proved to be very popular, however, we do have a limited quantity left for sale. This run will never be reprinted, so if you don't want to miss out, place your order today! 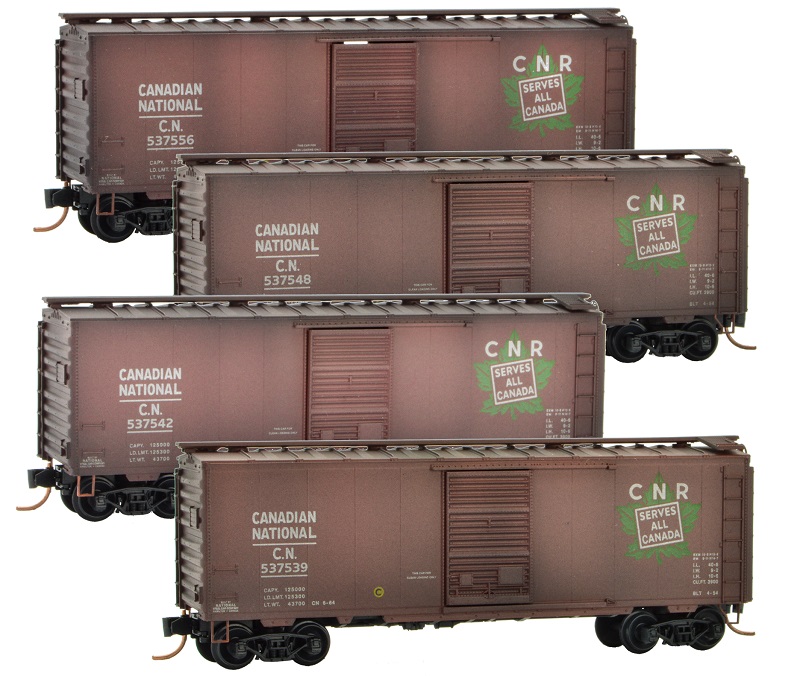 Railroad boxcars are perhaps not only the best-recognized pieces of equipment ever put into service but also one of the most identifiable symbols of the industry itself. It has a history tracing back to the earliest years when railroads realized that some freight and lading needed at least a little protection from the outside elements and Mother Nature. They have been around since the 1830s, and the height of 40-foot boxcars was in 1942, when the overall fleet peaked at 754,322.

What made boxcars great, at least in the eyes of the railroads, was their ability to haul about anything! Railroads thrive on redundancy to maximize efficiency which was the reason they loved the boxcar so much. For many years the boxcar carried everything from automobiles and paper, to car parts and fresh produce; literally almost anything that would practically fit into the car’s empty, open spaces. The car's development continued to improve over the years – such as switching from basic wood construction with steel outside-bracing to all-steel designs (which were much stronger and capable of hauling heavier loads), even within the same size specifications; 40 feet, a standard size employed by the American Association of Railroads (AAR) although the initial standardization methods came about from the United States Railroad Association during WWI. The first standard, all-steel design entered service in 1932 thanks to the recommendations of the American Railway Association, predecessor to the present-day AAR.

While the 40-footer was a standard design it did come in different setups depending on the type of freight being transported. Double-doors became practical for large/wide loads, end-doors useful for very large lading such as automobiles, and interior tie-down equipment was helpful in keeping sensitive products from being damaged in-transit. Technology for new boxcars with upgraded suspension systems further improved the ride-quality and reduced the chance of damaging freight. The 50-foot boxcar made its first appearance in the 1930s and steadily grew in popularity over the years, which further improved redundancies by allowing for even more space within a given car. Today, the 50-footer remains the common boxcar size.

In June 1962 CN introduced the 9” diameter yellow disc with the grade letter in black for the grading of boxcars:

This was to supplement the door color coding scheme was introduced in 1959.

The colored doors were no longer standard after 1990.

In Stock - available for immediate delivery.