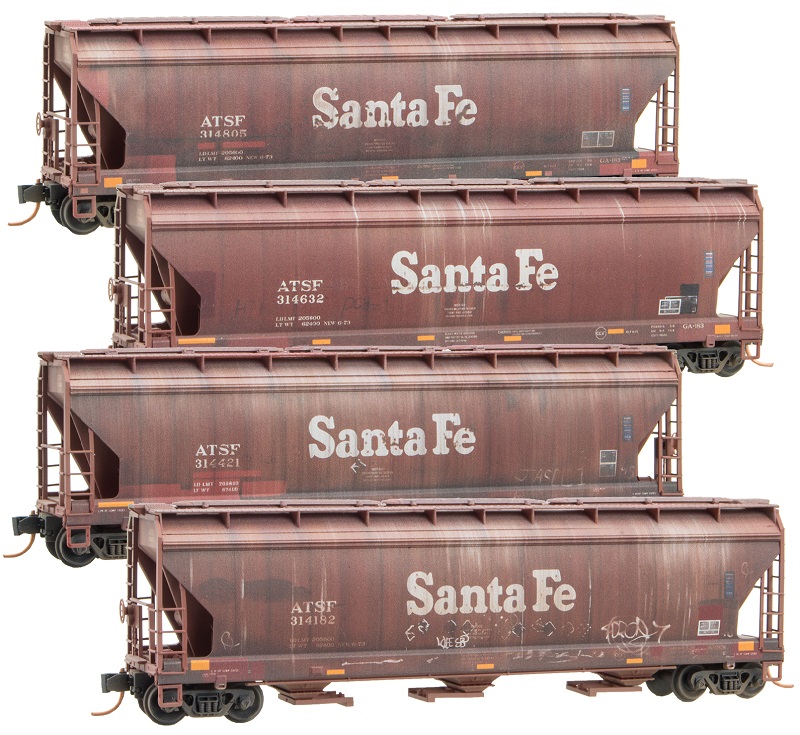 We just received this photo from Micro-Trains and wanted to share it with you. For more photos of the individual cars, click on the SKU listed at the bottom of this media announcement.

These sets will be arriving soon! Reservations are closed and once we fill those orders, we will have a limited stock remaining for purchase. Order now so you won't be disappointed. As with all our special runs, these cars are a limited run and will never be repeated. 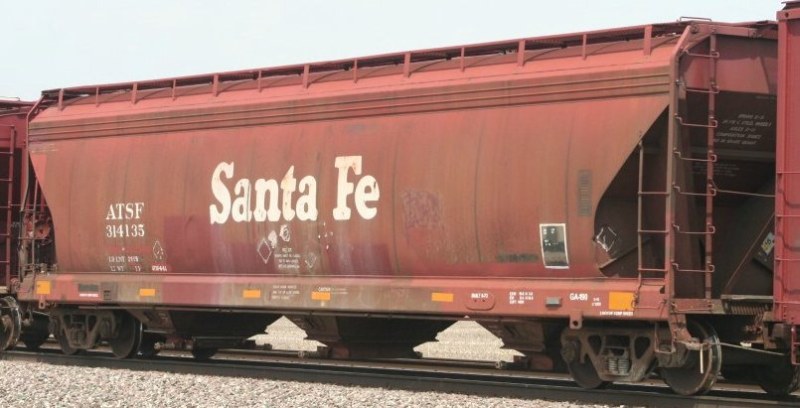 These 4600 cu.ft. 3 Bay Centerflow Covered Hoppers, with elongated hatches, are painted brown with white lettering and a large "Santa Fe" word mark. They will be heavily weathered and rusted to simulate a real life appearance. Gravity fed, these hoppers are 100 tons, measure 55' 5" long, and run on Barber Roller Bearing trucks. They were built by American Car & Foundry.

The Atchison, Topeka and Santa Fe Railway (reporting mark ATSF), often referred to as the Santa Fe or AT&SF, was one of the larger railroads in the United States. Chartered in February 1859, the railroad reached the Kansas-Colorado border in 1873 and Pueblo, Colorado, in 1876. To create a demand for its services, the railroad set up real estate offices and sold farm land from the land grants that it was awarded by Congress. Despite the name, its main line never served Santa Fe, New Mexico, as the terrain was too difficult; the town ultimately was reached by a branch line from Lamy.

On September 22, 1995, the Atchison, Topeka and Santa Fe Railway merged with the Burlington Northern to create the Burlington Northern Santa Fe Railway. However, the merger was not official until December 31, 1996, when a common dispatching system was established, Santa Fe's non-union dispatchers were unionized and the implementation of Santa Fe's train identification codes systemwide. On January 24, 2005, the railroad shortened its name to BNSF Railway.