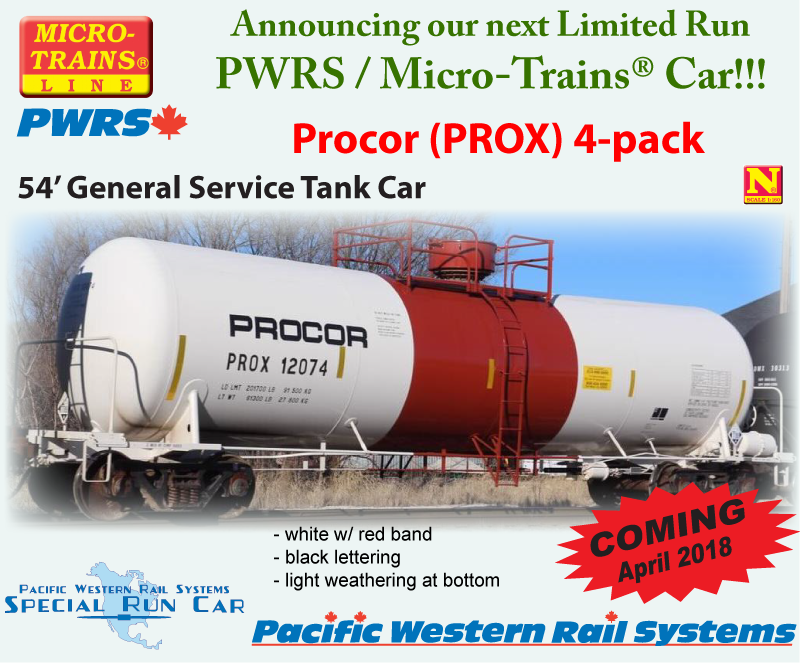 These Procor tank cars are painted white with a red band, black PROX reporting marks, and a black Procor logo. They will be lightly weathered.

Linked to Sparling Tank Car of Toronto, Procor was founded in 1952 as Products Tank Line Limited and became an affiliate of US-based Union Tank Car Company. The company, which shortened its name to Procor in 1962, is headquartered in Oakville, Ontario.