Micro Trains is about to send us the Special Run of 40ft CPR Wooden Boxcars. We just received the first images. They are below, they have been produced to look weathered and dirty to fit in with the other CPR Gonds, Boxcars and Stockcars we have done in the past. They should be here next week, Enjoy 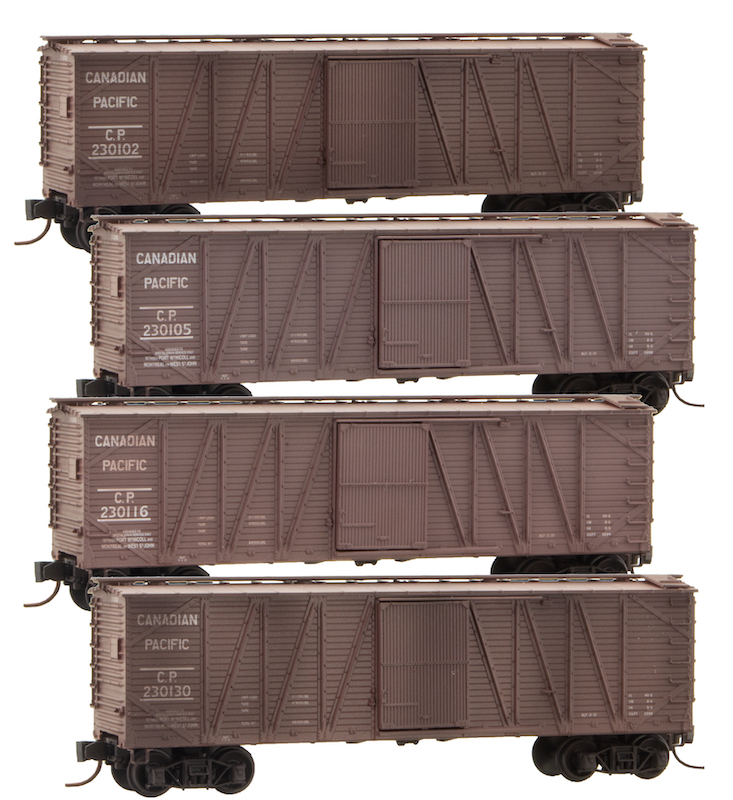 This 40' outside-braced boxcar, single door will be painted brown, and proudly display the Canadian Pacific name in white gothic lettering. It runs on black arch bar trucks and will be moderately weathered to simulate a real world appearance. When built in March of 1921, this box car had special hopper doors fabricated into the floor for grain service. The hoppers could be covered on the inside of the car to allow service as an ordinary box car. The hopper doors were removed during the 1930s. Canadian Car & Foundry, National Steel Car, Eastern Car Company and Canadian Pacific's own shops built 9,000 of these cars between 1920 and 1921

As with all PWRS Exclusive Micro-Trains products, these are limited run products that will never be produced again.

The Canadian Pacific Railway company was incorporated in 1881. Its original purpose was the construction of a transcontinental railway, a promise to British Columbia upon its entry into Confederation. The railway — completed in 1885 — connected Eastern Canada to BC and played an important role in the development of the nation. Built in dangerous conditions by thousands of labourers (including 15,000 Chinese temporary workers), the railway facilitated communications and transportation across the country. Over its long history, CPR diversified, establishing hotels, shipping lines and airlines, and developed mining and telecommunications industries. In 2001, Canadian Pacific separated into five separate and independent companies, with Canadian Pacific Railway returning to its origins as a railway company. CP, as it is branded today, has over 22,500 km of track across Canada and the United States. It is a public company and trades on the Toronto Stock Exchange and New York Stock Exchange under the symbol CP.

Headquartered in Calgary, Alberta, it owns approximately 20,000 kilometres (12,500 mi) of track all across Canada and into the United States, stretching from Montreal to Vancouver, and as far north as Edmonton. Its rail network also serves Minneapolis-St. Paul, Milwaukee, Detroit, Chicago, and New York City in the United States.

As these box cars were originally equipped with special hopper doors fabricated into the floor for grain service, we would like to share a couple of videos produced by the National Film Board of Canada about grain handling in Canada. Click on the pictures below to view. 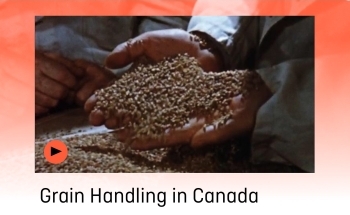 This film details the functions of the Board of Grain Commissioners, under the provisions of the Canada Grain Act. Wheat is followed from its delivery and inspection at a prairie elevator until its final inspection as it is loaded onto ships at the Lakehead terminal elevators. 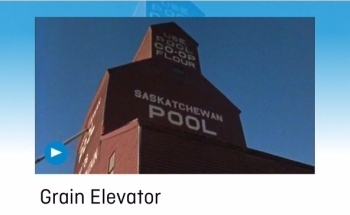 This documentary short is a visual portrait of “Prairie Sentinels,” the vertical grain elevators that once dotted the Canadian Prairies. Surveying an old diesel elevator’s day-to-day operations, this film is a simple, honest vignette on the distinctive wooden structures that would eventually become a symbol of the Prairie provinces.