Rapido will need final order quantities for the Dash 8's next week. So please get your order in. We know we have many new N Scale customers who were not around when these were announced.

If you have any of oour NARC Coal Cars or our 5092 NSC Boxcars on order these would be great engines to pull them. BC Rail used them extensively.

These Special Run Dash 8's in Red White & Blue BC Rail were done so N Scalers could run up to 4 of these on their Coal Drags and Forest Products Manifests.

The two engines #4605 & #4620 pictured below, are pulling 5092 boxcars. Those boxcars will be produced for the first time by North American Railcar Corporation next year in both N Scale & HO Scale. These locomotives will feature the BCOL post-2010 scheme.

So if you are planning to order or have already ordered the NSC 5092 Boxcars from PWRS, these locomotives would make great power to pull them. These are also the perfect locomotives to pull the North American Railcar Corporation 4000 cu ft coal gondolas.

Click HERE for remaining stock of the previous release of NARC N Scale 4000 cu ft coal gondolas. Inventory is low with complete sets nearly gone. Various individual cars are also still available in limited supplies. Modelers wishing to order these cars for the first time, or who wish to order more should do so now.

Thanks to Drew Mitchem, self-styled "Foamer", we have real pictures of these engines in operation too:

Amazingly, all 81 CN and BC Rail Dash 8s are still in service. Most are still in their original paint schemes but several have been repainted into the newer CN.CA livery.

The “Draper Tapers” make regular visits to Chicago via CN’s Grand Trunk Western route through Michigan and Indiana in the mid-1990s and sometimes further afield as run-through power. However, it was CN’s purchase of the Illinois Central in 1998 that really expanded their range of use and it became common to see Dash 8-40CMs as far south as the Gulf Coast and all points inbetween, on and off CN/IC track. CN’s units were joined on their foreign adventures by BC Rail’s units from 2004.

If you are looking for coal cars to run behind your Dash 8's from NARC....Click Here 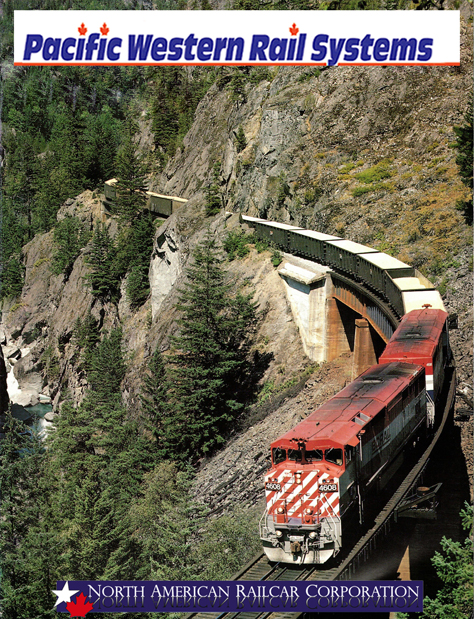