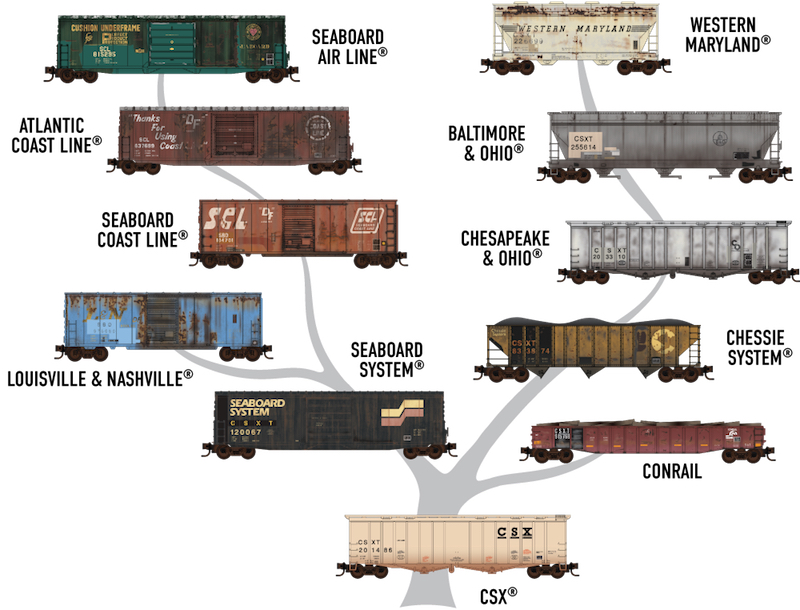 CSX Transportation was formed through the mergers of Chessie System and Seaboard System, both of which also formed through mergers. It later absorbed roughly half of Conrail, and continues to operate as one of the largest East-coast Class 1 railroads. This 11-car series features prototype-weathered and patched paint schemes representing the major constituent heritage railroads in CSX’s family tree.

Looking for more In Stock and New Arrivals from Micro-Trains? Click Here!