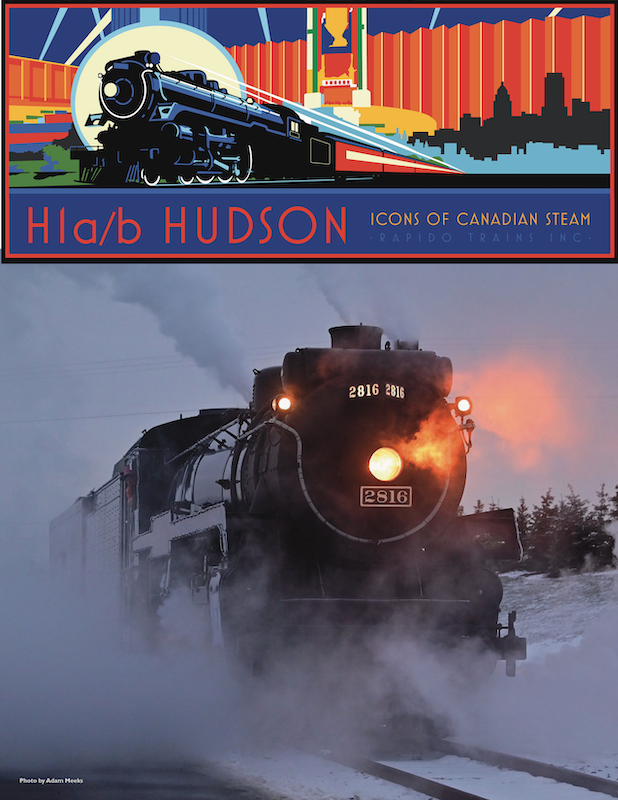 This is a really special locomotive for you to order, it's so special we've dedicated a spotlighted page all about the Canadian Pacific Hudson #2816!

Originally one of the second batch of Hudsons delivered, Canadian Pacific HI b #2816 became a celebritywhen it was restored back to operation by CP in 2001.

#2816 is the only surviving member of the Hlaor HIb classes, having originally been preserved at Steamtown in the US United States before beingpurchased and restored by CP in 1998.During its post-restoration career #2816 gained the nickname the "Empress" as it hauled excursionsacross Canada and into the US. 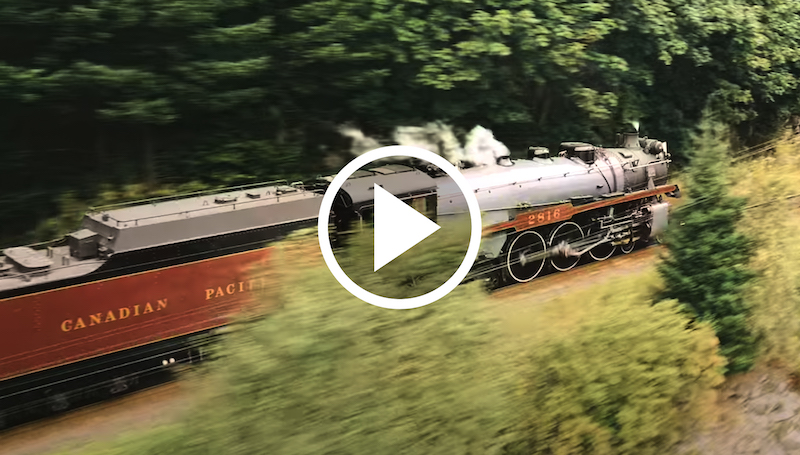 A radio and ditch lights were fitted to bring 2816 into compliance with modern standards, and a second generator was added to help power these new devices. Finally, a second whistle was added alongside of the stack. 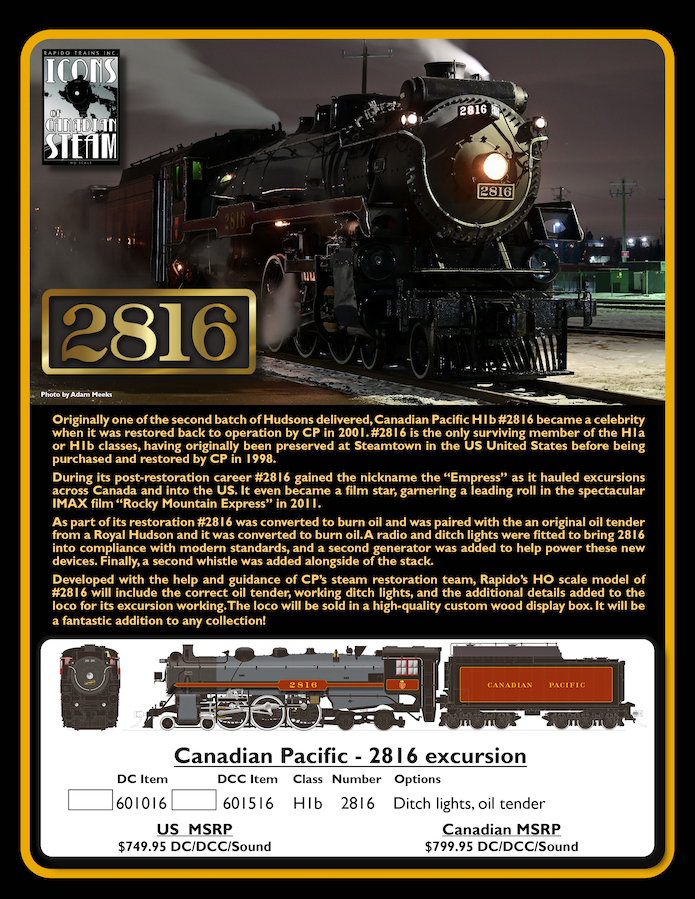 Developed with the help and guidance of CP's steam restoration team, Rapid's HO scale model of#2816 will include the correct oil tender, working ditch lights, and the additional details added to the loco for its excursion working.

The loco will be sold in a high-quality custom wood display box.

It will be a fantastic addition to any collection!

Designed by Chief of Motive Power & Rolling Stock Henry Blane Bowen, Canadian Pacific’s H-1a and H-1 b class 4-6-4 Hudson locos were state-of-the-art steam power when delivered. A total of twenty locos were delivered in two batches of ten each. The first batch, numbers #2800-2809, were delivered in 1929 and classified H1a. The second ten, numbers #2810-2819, were delivered in 1930 and were classified H1b. These locomotives were used on mainline passenger trains across the CP’s system. So success full were they that CP used their design as the basis for its later H c/d/e “Royal Hudsons” seven years later. Both classes survived intact until the end of steam, with the first retirements not coming until 1957.

Did you know we have a couple Royal Hudson's still on the shelf? Click Here to order yours before we sell out!