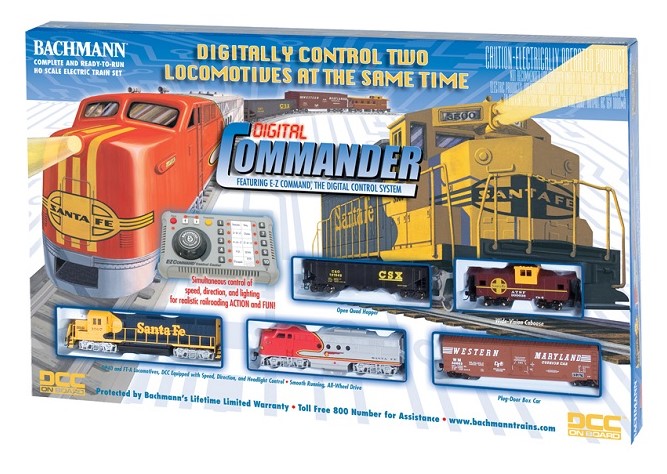 The Digital Commander has everything you need to get started in digital model railroading in one ready-to-run set! It includes our exclusive, easy-to-use E-Z Command digital system that lets you independently control the speed, direction, and lighting of two decoder-equipped locomotives. Take control of your own freight rail empire with the Digital Commander! 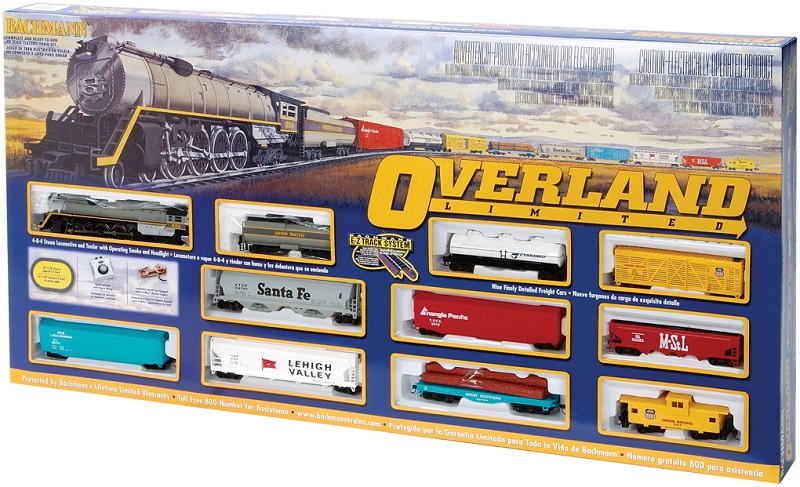 The biggest and the best for serious railroad enthusiasts. From a powerful 4-8-4 steam locomotive, to an impressive consist of nine cars, this set has it all! The Overland Limited comes complete with Bachmann‘s exclusive E-Z Track snap-fit track and roadbed system, plus: 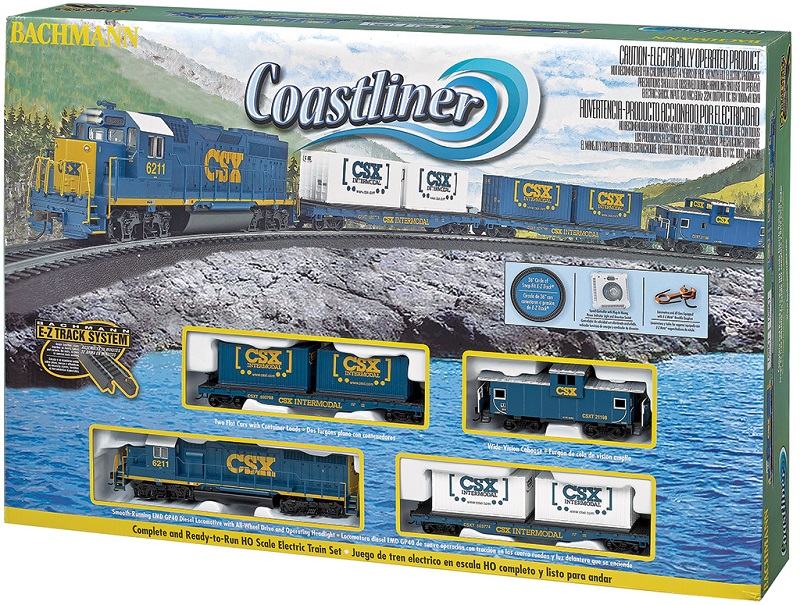 From southern seashores to northern ports, rail transport keeps freight moving and American factories humming. With its distinctive engine and cars displaying the classic CSX  paint schemes, the Coastliner is proud to ride the busy rails of the Eastern seaboard. 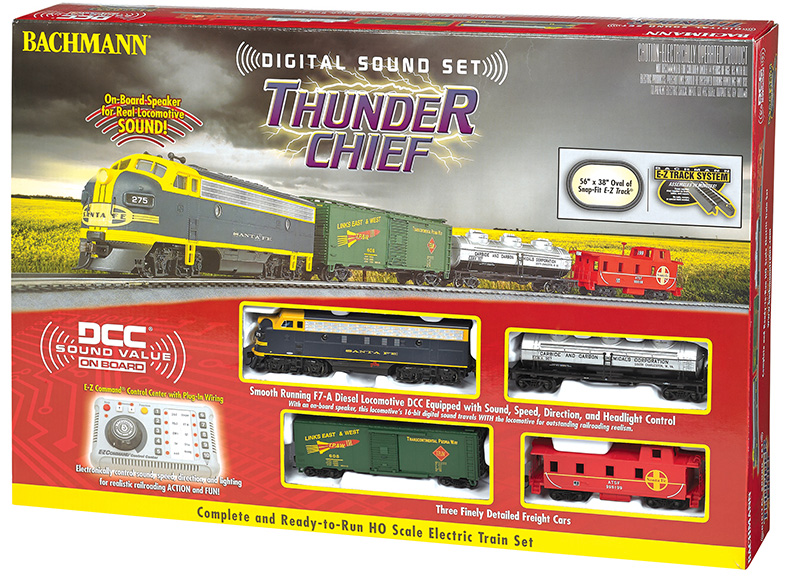 With the roar of its mighty motor and a blast of its horn, the Thunder Chief announces its arrival. Commanding the attention of one and all, there is no missing the excitement of the Thunder Chief storming into the station. Featuring a DCC sound-equipped F7-A with a diesel sound package that includes prototypical prime mover, three air horns, and bell–all in polyphonic 16-bit sound that you can control with our E-Z Command digital control system.

Bachmann is proud to honor one of America’s most beloved artists, Norman Rockwell, with the Norman Rockwell Freedom Train. In 1941, U.S. President Franklin D. Roosevelt addressed Congress with his hopes for America after World War II, emphasizing a vision of four basic freedoms: freedom of speech, freedom of worship, freedom from want, and freedom from fear. Rockwell painted each of these freedoms as part of his desire to do more for the war effort, naming the series the Four Freedoms. This artwork would help elevate Rockwell to an icon of American culture after being printed in The Saturday Evening Post. In May of 1943, Rockwell joined a combined campaign by the Post and U.S. Department of the Treasury to sell war bonds and stamps through a travelling rail exhibit. The Freedom Train, adorned in a patriotic red, white, and blue paint scheme, rode the rails from September of 1947 to January of 1949 to 16 U.S. cities highlighting American heritage and the importance of preserving important American documents. 133 items in total were featured on the train, including Rockwell’s Four Freedoms and original versions of the United States Constitution and Declaration of Independence. Every citizen who bought war bonds through the campaign received printed copies of the Four Freedoms in return. The classic artwork’s next stop is your HO scale layout, where Bachmann’s Norman Rockwell Freedom Train embodies the same hopeful message of its namesake. 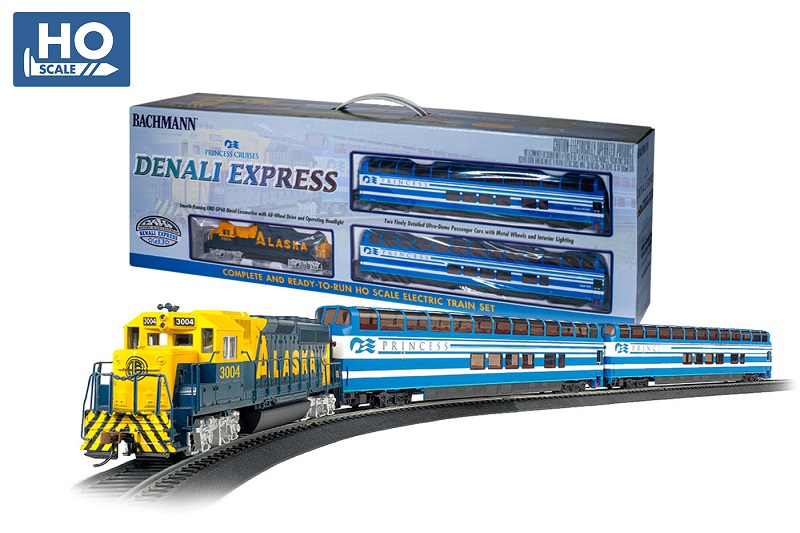 Alaska is one of the world's most exciting destinations to explore by sea and by rail. After enjoying a cruise through the spectacular Inside Passage, passengers can board the Denali Express for breathtaking views of the Alaskan wilderness in special vista-dome cars. The complete and ready-to-run Denali Express train set features bi-level Ultra-Dome dining-lounge cars. Manufactured by the Colorado Railcar Company, these dome cars are among the most luxurious ever built. Get on board to begin your Alaskan adventure with Princess Cruises and Bachmann Trains!

This Product is Recommended for Ages 14 & Up.

Order Due Date: In Stock Now