This important commodity is best transported across the country by rail. That’s where the AutoFlood III rapid discharge hopper car enters the conversation.

Production began on these all-aluminum body railcars in 2004. What followed was thousands of orders for these rapid discharge hoppers, which have traversed almost all of North America. With millions of tons of coal per year being mined and hauled out of various locations across the continent, you would be hard pressed to not have seen one of these prototype cars in a modern day coal train.

This 4200 cubic foot, exterior post prototype (not to be confused with other types of prototype exterior-post or interior post models) is primarily used as a rapid discharge car, which can unload their cargo in a matter of seconds via the bottom  bay doors. However, the car can also be equipped with a rotary coupler at the A end of the car (or on both ends on double-rotary cars), as indicated by the color blocks on the cars’ ends, for either bottom discharge or rotary unloading based on the infrastructure at the final processing facility. 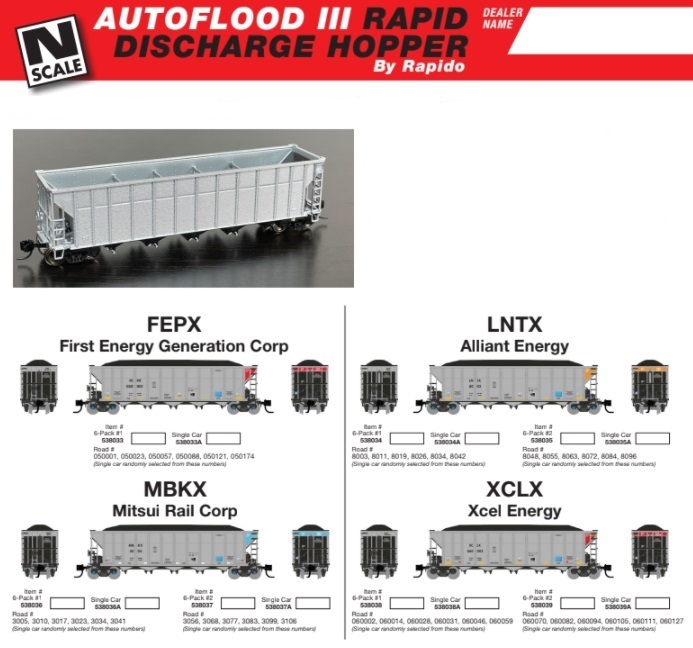