You must place an order for any of these products NOW if you want GUARANTEED DELIVERY. 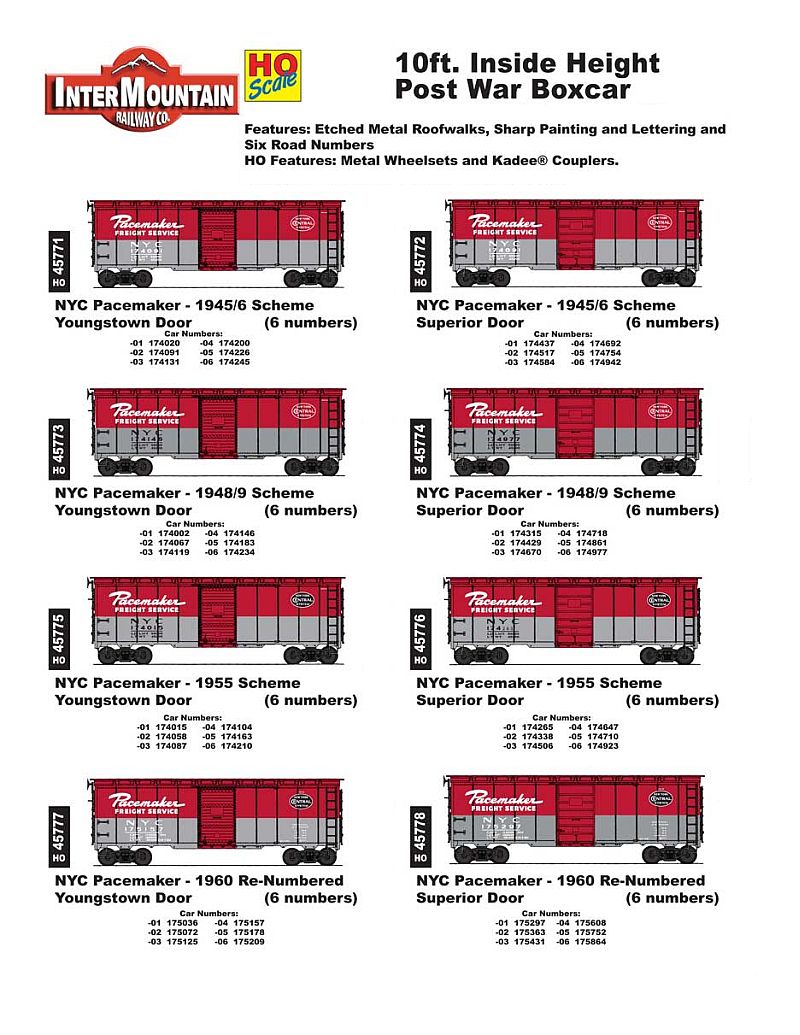 Remember the red-and-white diamond herald of the The Pacemaker Service of the New York Central was unique, it was a mix between "head end" and fast freight.  Pacemaker Trains were dedicated to carrying LCL Merchandise. They used specially-marked high-speed freight cars.

In 1946, the NYC offered overnight service between New York and Buffalo via BN-1/NB-2. This overnight service was resurrected after WW II with the name "Pacemaker" although BN-1/NB-2 ran on essentially the same schedule as the pre-War version which was established in 1935-36, but discontinued during the War.

By 1957, Pacemaker Service had been dropped, or replaced in kind by Early Bird Service. Hence, PACEMAKER cars became just another boxcar in NYC parlance.