These locos were built in 1980 by Electro Motive Division as part of order #C429 for the British Columbia Railway.

They are painted a combination of dark and light green with a white delineating stripe and yellow rails. Featured
on the cab is the dogwood logo along with ‘British Columbia Railway’ lettering in white. The SD40-2 is one of the
best-selling diesel locomotive models of all time. 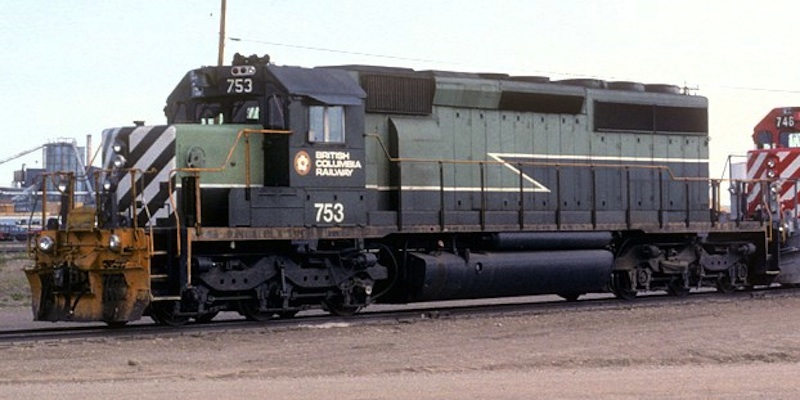