Rapido is pleased to announce the modern 1400-series GMD-1 locomotives  in N scale. These hard-working roadswitchers are still operational today all over the Canadian National system. The fact that CN’s GMD-1 is still widely used despite major fleet rationalizations over the last ten years is a testament to its resilience and reliability.

History of the Rapido 1400s

In 1988, CN began a rebuild program on its GMD-1 fleet. The 1600s - locomotive class GR-612a or GMD-1A - retained their three-axle trucks and small fuel tank and were used on branchlines. The 1400s - locomotive class GR-412a or GMD-1B - were used on mainlines and in yards. These had two-axle Flexicoil trucks recovered from retired lightweight GP9s.

Rapido Trains Inc. is releasing every number of GR-412b operational (as of last year), along with an unnumbered version so you can have the specific unit of your choice. Rapido has learned from its first release of the GMD-1 and the 1400s will operate smoothly and reliably on DC layouts and through most commercial turnouts.

• DC models wired to match the rest of your DC fleet 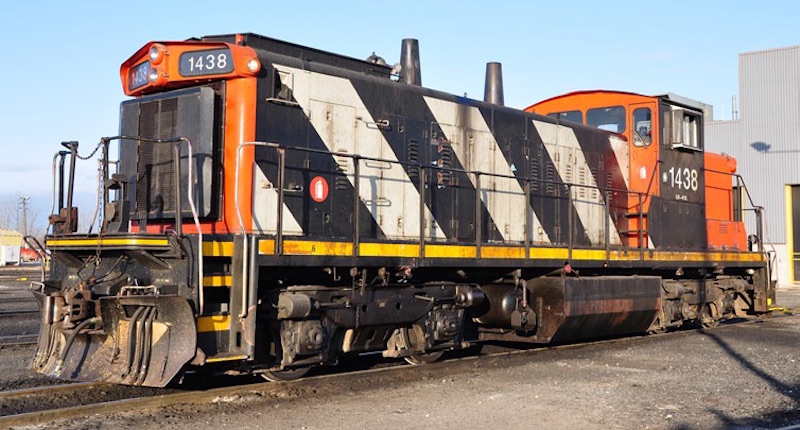