Lot 9962 was Pullman’s fifth order for their 5077 cubic-foot single door box cars, built at the Bessemer, Alabama plant 9=10/77 and 4/78. 300 cars were built for The National Railway Utilization Corporation (NRUC) for general service and placed into series NSL 101600-101899. This order was unique to all the other PS 5077 orders in that these cars were equipped with diagonal-panel roofs instead of the typical PS bow-tie roof. Features include:

This highly detailed replica of Pullman Standard’s 5077 cubic-foot single door box car (Lot 9962) has been meticulously researched and designed and produced in plastic with accurate details in plastic, wire and etched metal. North American Railcar is pushing the technology envelope and offering model railroaders cars that they could otherwise never expect to be produced. The Lot 9962 PS 5077 cubic-foot box car is another example. 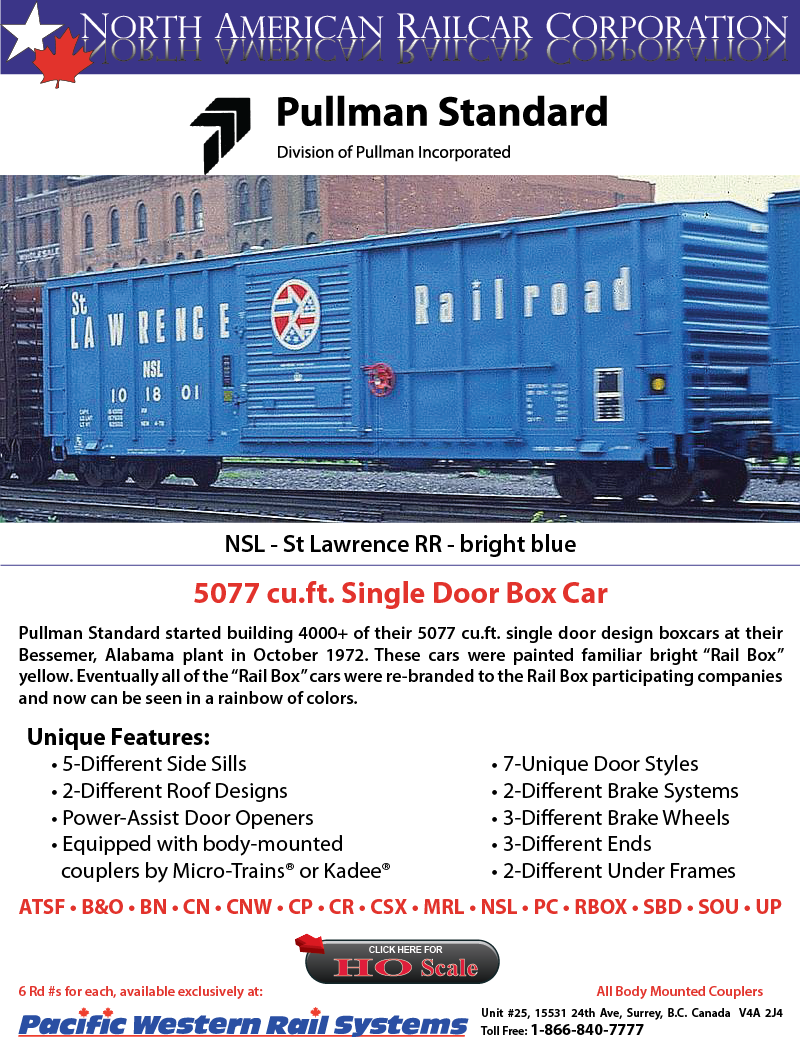