This production will feature brand new body tooling to match these Tier-4 locomotives!

Union Pacific’s Locomotive No. 1943, The Spirit, is the 16th commemorative locomotive introduced in the 155-year-old company’s history. The Spirit honors the United States’ armed forces and the men and women filling their ranks. Created in collaboration with Union Pacific veterans, the locomotive illustrates the railroad’s connection to the thousands of veterans who helped build America through the centuries.

Every detail in The Spirit’s trade dress incorporates a piece of each U.S. armed forces branch.

The Spirit’s front is symbolic of Air Force Silver, and the blue stripe is a reflection of the former Strategic Air Command’s “nose sash.” The lettering inside the sash is the original hand-drawn font used on the B-17. It is followed by the Coast Guard’s “Racing Stripe” and the Navy’s Battleship Gray, which frames Union Pacific’s traditional American flag. The military camouflageis a nod to the Army and Marines.

As the train passes by, the final message on the tail is dedicated to U.S. prisoners of war and those missing in action, featuring the POW/MIA symbol and its motto, “You Are Not Forgotten.” 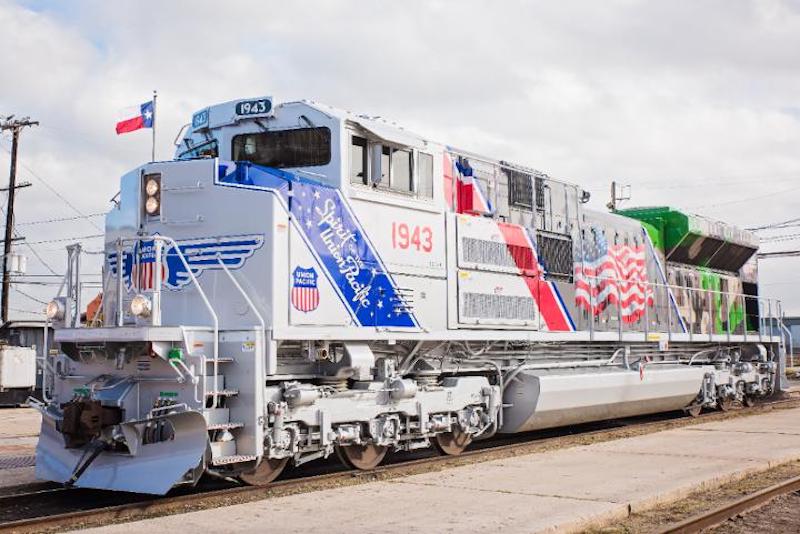