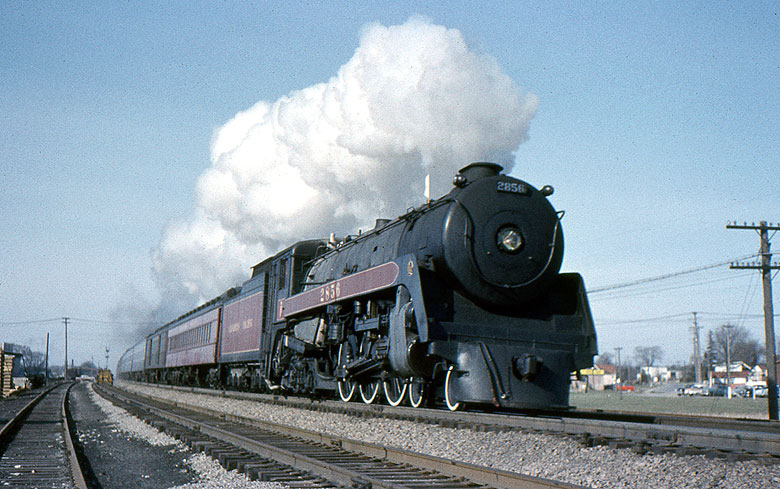 The first Icon of Canadian Steam is the Canadian Pacific Royal Hudson, possibly the most famous Canadian steam locomotive of them all.

The sixty-five Hudsons of Canadian Pacific in classes H1c, H1d and H1e comprised the second largest fleet of 4-6-4 "Hudson" type locomotives, behind only the New York Central’s. These modern locomotives were built by Montreal Locomotive Works between 1937 and 1940. Their semi-streamlined appearance was notable with a smooth smokebox front, rounded front cab corners and sheetmetal fairings along each side walkway. The three classes all shared common 75” drivers,  22”x30” cylinders and 288 square foot fireboxes. Their standard tractive effort rating was 45,300 lbs., but many members of the group were equipped with boosters which added an additional 12,000 lbs. to this number when engaged. 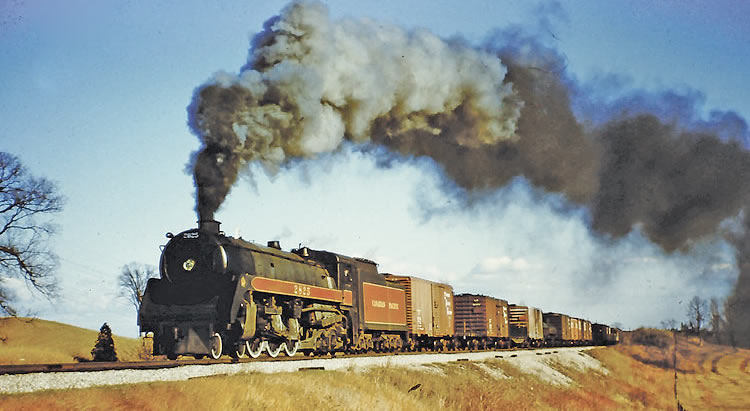 Although designed for passenger hauling, Royal Hudsons were equally at home on freight trains.

The Royal Hudsons could be found on the point of both passenger and freight trains across the CP system right up until the end of steam in 1960.

Rapido’s HO model of the iconic Royal Hudson will be the first in a series of steam locomotive models that incorporate the same attention to detail for which we have become renowned in our pervious releases.

In 1939 King George VI and Queen Elizabeth embarked on a royal tour of Canada, travelling a great distance by rail. The CP assigned loco #2850 to the Royal Train. This locomotive was decorated in an exclusive scheme with silver boiler jacketing, blue running boards and cab and blue and silver panels on the tender. Large cast metal Royal coats of arms were applied to each side of the tender with a smaller version affixed to the top of the boiler front. After the Royal visit the CP asked and received permission for replica crowns to be applied to the running boards of all of the H1c-e Hudsons, earning them the moniker “Royal Hudson”.

* Not all lighting effects available on Silent versions.
** User-controlled sound features only accessible on DCC layouts. 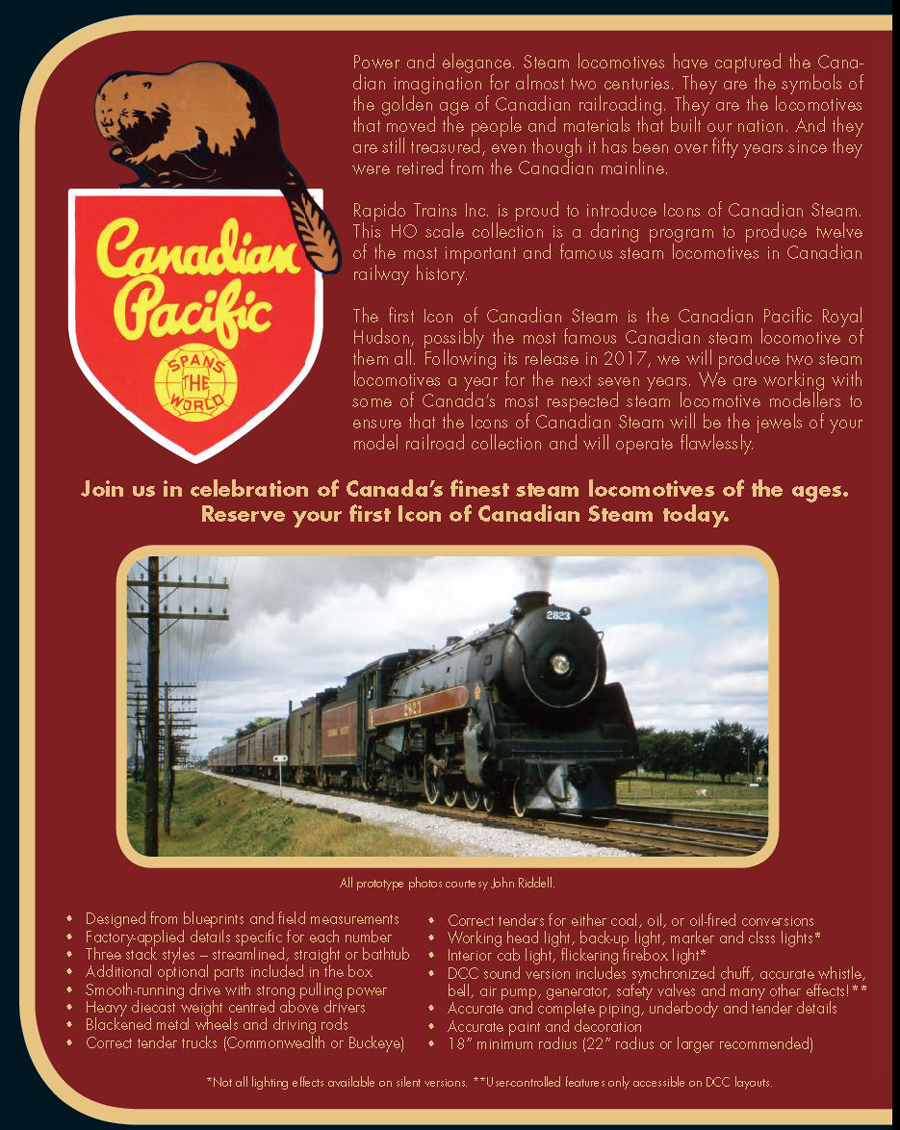 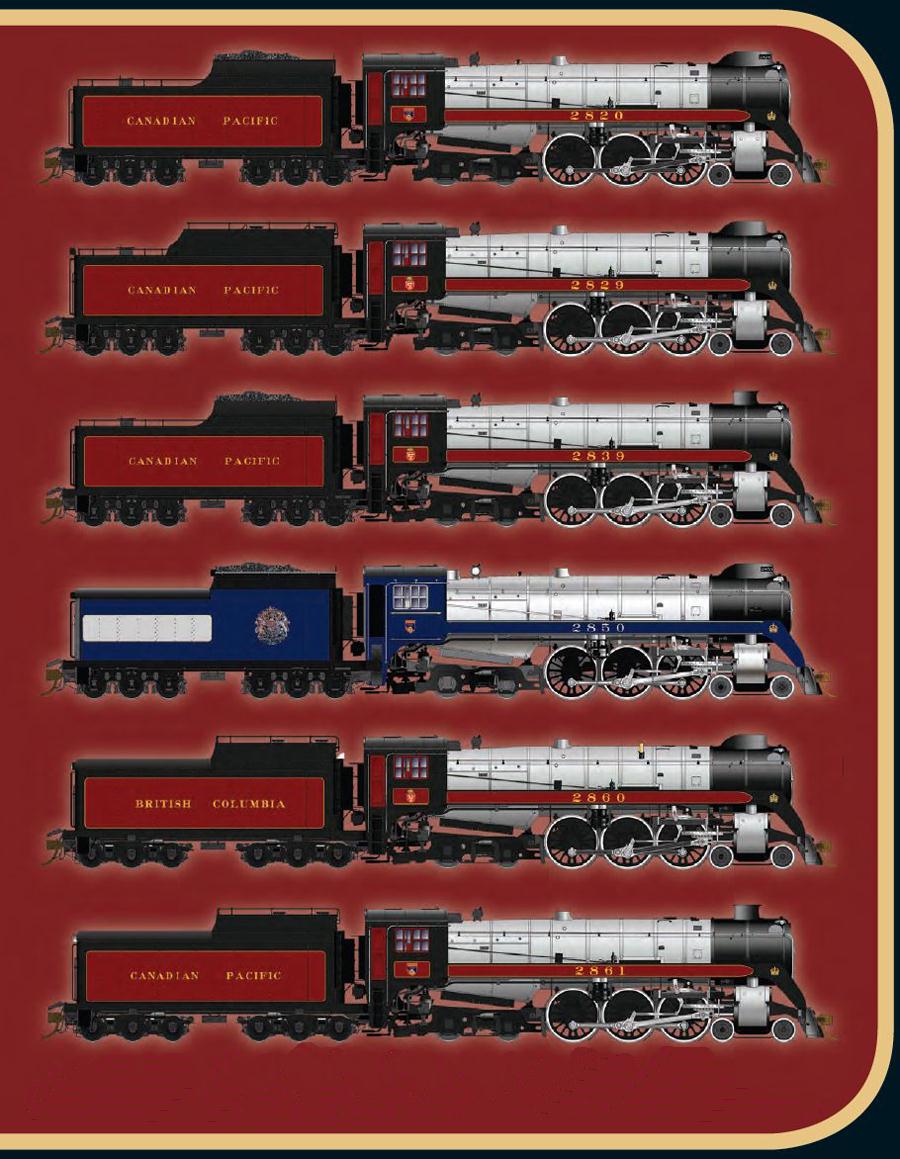 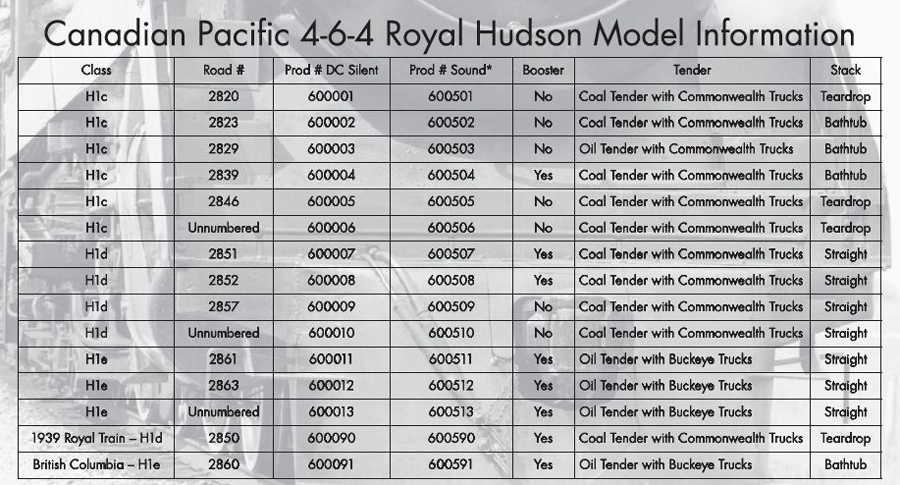 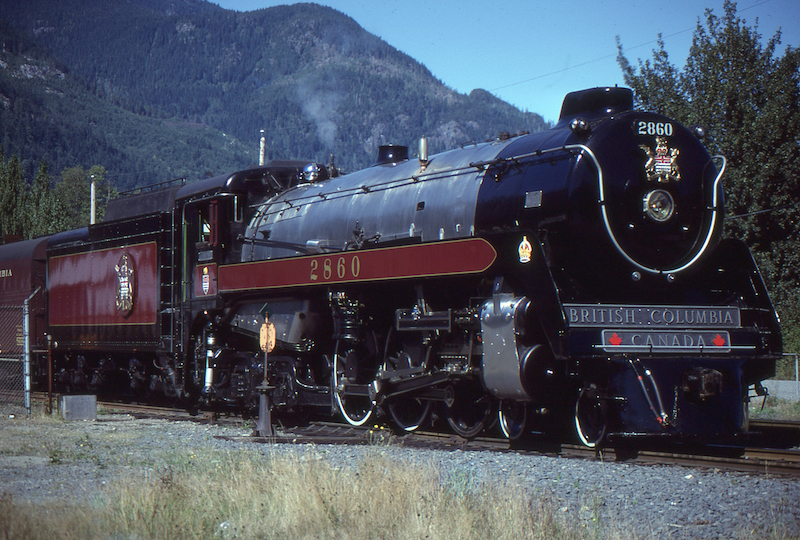 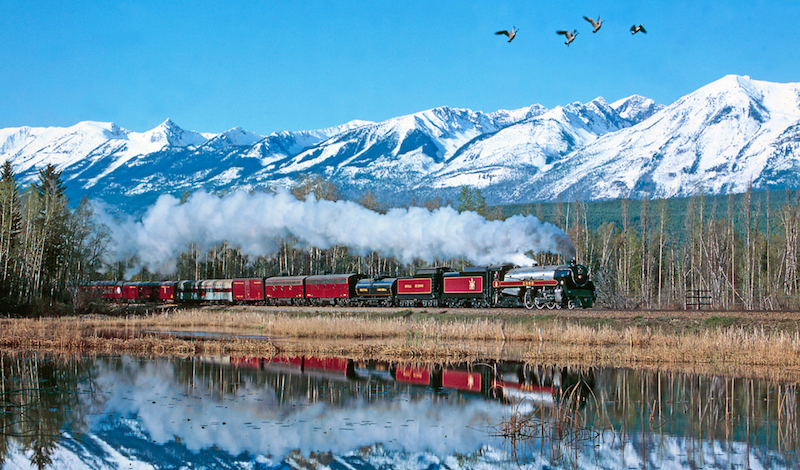