The Revelstoke Division of CP Rail required the most power available in any  area of the country, because of its steep terrain and large snowfall.    In the steam era, every new locomotive that provided greater power was sent to this division.  (i.e.: Revelstoke was the first location to have oil-burning locomotives in place of coal.) 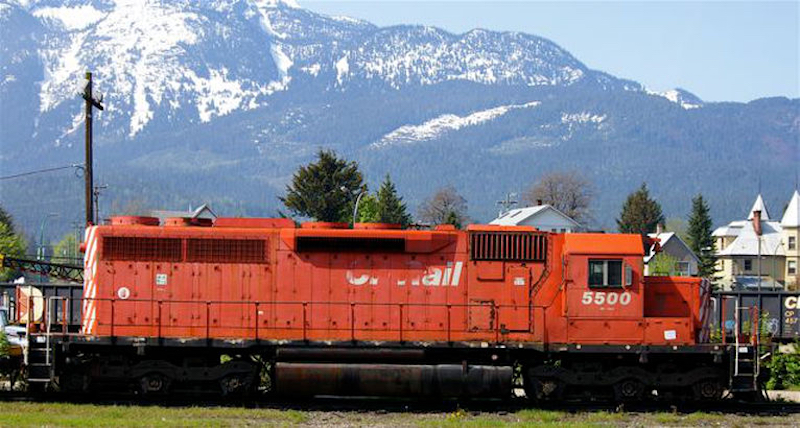 Steam powered the railway until the arrival of diesel power in the 1950’s.  As with steam, these more powerful units were put into service in Revelstoke.  The first diesel locomotives provided a great advance but it was the arrival of Canadian built General Motors SD-40 models in 1965 that finally proved the value of diesel power.

Steam power was a significant part of the development of Canada and when the diesels arrived, they continued that role.  The SD-40 model is significant in that this was the second generation of diesel power that would carry the company into the latter part of the twentieth century.  The SD-40, and later the SD-40-2 type diesel freight locomotive, was the most common road switcher on Canadian railways from the 1960’s into the 1990’s.  These units accounted for over 5,200 units on North American railways during that period.

In essence, the SD-40’s and SD-40-2’S represent the most typical road freight engines on Canadian railways, and certainly for Canadian Pacific over the last 30+ years.

5500s were one of the most commercially and technically successful diesel locomotives built in North America, referred to by writers as “the standard North American diesel locomotive.”  The locomotive had 16 cylinders producing 3,000 horsepower, was capable of speeds to 65 miles per hour, and weighed 390,000 pounds.  These units were the power behind the coal trains heading from the Rockies to Roberts Bank on the Pacific Ocean.  The units were utilized as main locomotives and were utilized as "pushers" at Beavermouth, where units and

crews were located, providing additional power to trains ascending the steep mountain grade through the Connaught tunnel to Glacier.

When refurbished to its original maroon & grey with "script" lettering, CPR 5500 will be a prime example of a second-generation diesel locomotive and a living testament to our railway history and heritage. 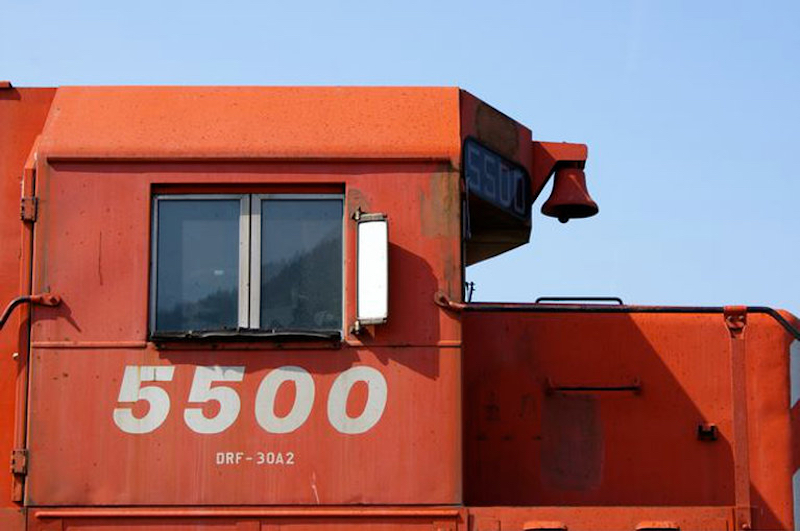 The Revelstoke Heritage Railway Society sincerely thanks Canadian Pacific Ingenuity for the kind donation of CPR 5500 to the Revelstoke Railway Museum.