ALCO's beautiful PA-1 is one of America's most famous locomotives. It was ALCO's entry into the passenger train diesel craze, competing directly with the E-Units from EMD.  Originally run on the Texas and New Orleans, Southern Pacific PA's #6055 and 6056 were later put into service on the SP's coastal division, pulling trains such as the Morning Daylight.

ALCO locomotives were also used in service with the famous "California Zephyr" passenger train, adopting a number of paint schemes, the most famous of which was perhaps the "Prospector" paint scheme. This paint scheme was a striking two-tone silver and gold arrangement, highlited by a series of four black stripes going down the side of the body.

All of these locomotives feature a DCC-friendly mechanism, allowing for simple "drop-in" installation of decoder for hobbyists operating with digital control. Our famous five-pole motor with dual brass flywheels and equipped with frictionless trucks with blackened metal wheels powers these locomotives. These units are equipped with fully-automatic magnetic knuckle couplers, with optional long shank couplers included.

Set to release along with the upcoming Santa Fe “Super Chief”, “El Capitan” and F7 locomotive releases will be a brand new release of the ALCO PA-1 in the classic Warbonnet paint, as well as a special release in the unique Goldbonnet paint! Decked out in stunning gold paint, this engine was painted as part of a 1960 GE promotional train event!

These engines will be available for the first time with factory installed DCC as a standard release or ESU LokSound as a special order in addition to the standard Analog (DC) versions! 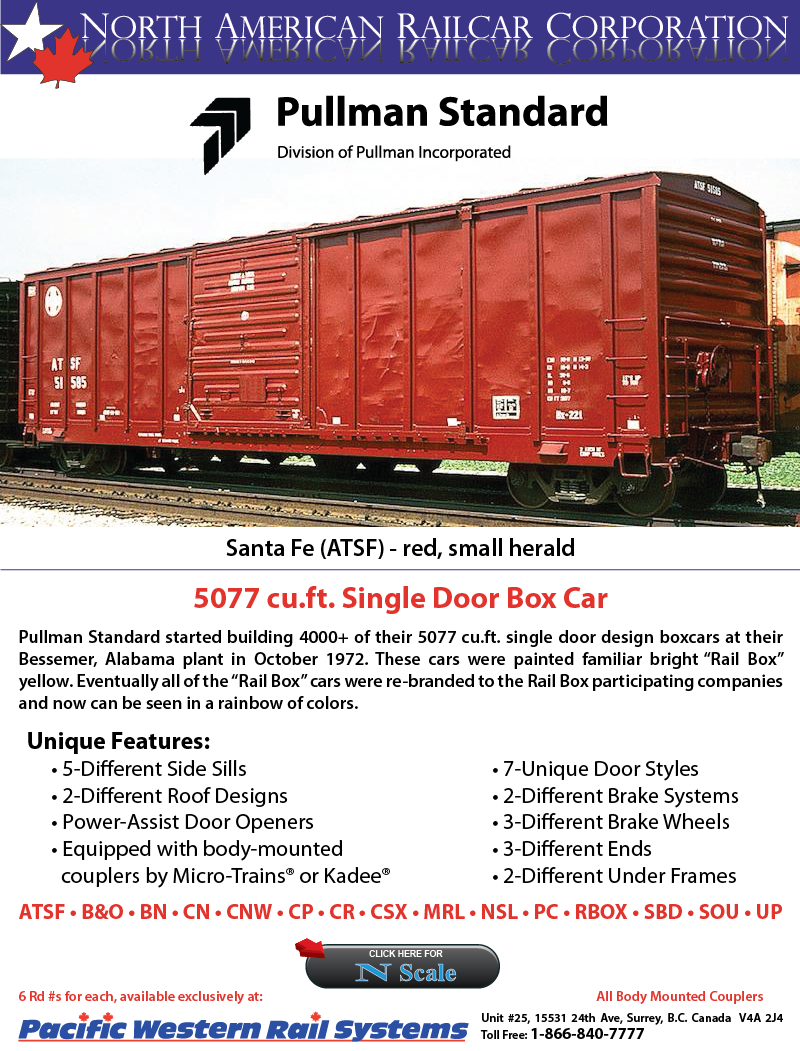