Think of the PS-2CD 4750 (“PS4750″) prototype as the EMD SD40-2 of covered hoppers. Similar to the SD40-2, Pullman-Standard (“PS”) began production of the 4750 covered hopper in 1972 and was the most popular seller within its peer group with more than 56,000 cars produced (not including thousands of clones from other builders and railroads). The 4750 followed upon the successful “high hip” design of one of Pullman’s earlier designs, the 4740 covered hopper, also offered by Tangent Scale Models. When Pullman ceased production of 4750s in 1981, the amassed fleet was the largest single body covered hopper fleet from any of builder, and was arguably the most prolific productions of a singular design during any era. In other words, they were super common! It was rare to find a manifest train without a PS4750 in it. Today, that feat is harder but it is still pretty true.

PS4750s were built to last. It is hard to tally how many ply the rails of North America today, but it is clear a large percentage of the fleet is still in service, working for their original or perhaps new owners. Two original paint scheme railroad-ordered cars are shown here.

ICG “Original Orange 1972 Thin” replicates the first lot of PS4750s delivered in “Illinois Central Gulf” orange paint. The IC took delivery of their first 4750 order in August 1972, right in the middle of their merger with the GM&O. As a result, the newly-named ICG accepted 250 of the 300 car order painted and lettered in the new I-Rail logo and “thin” ICG lettering. Later orders would feature the thicker lettering seen on previous Tangent releases. For those of you keeping score at home, ICG was one of the largest purchasers of Pullman’s PS4750 and they went big with more than 2000 cars! 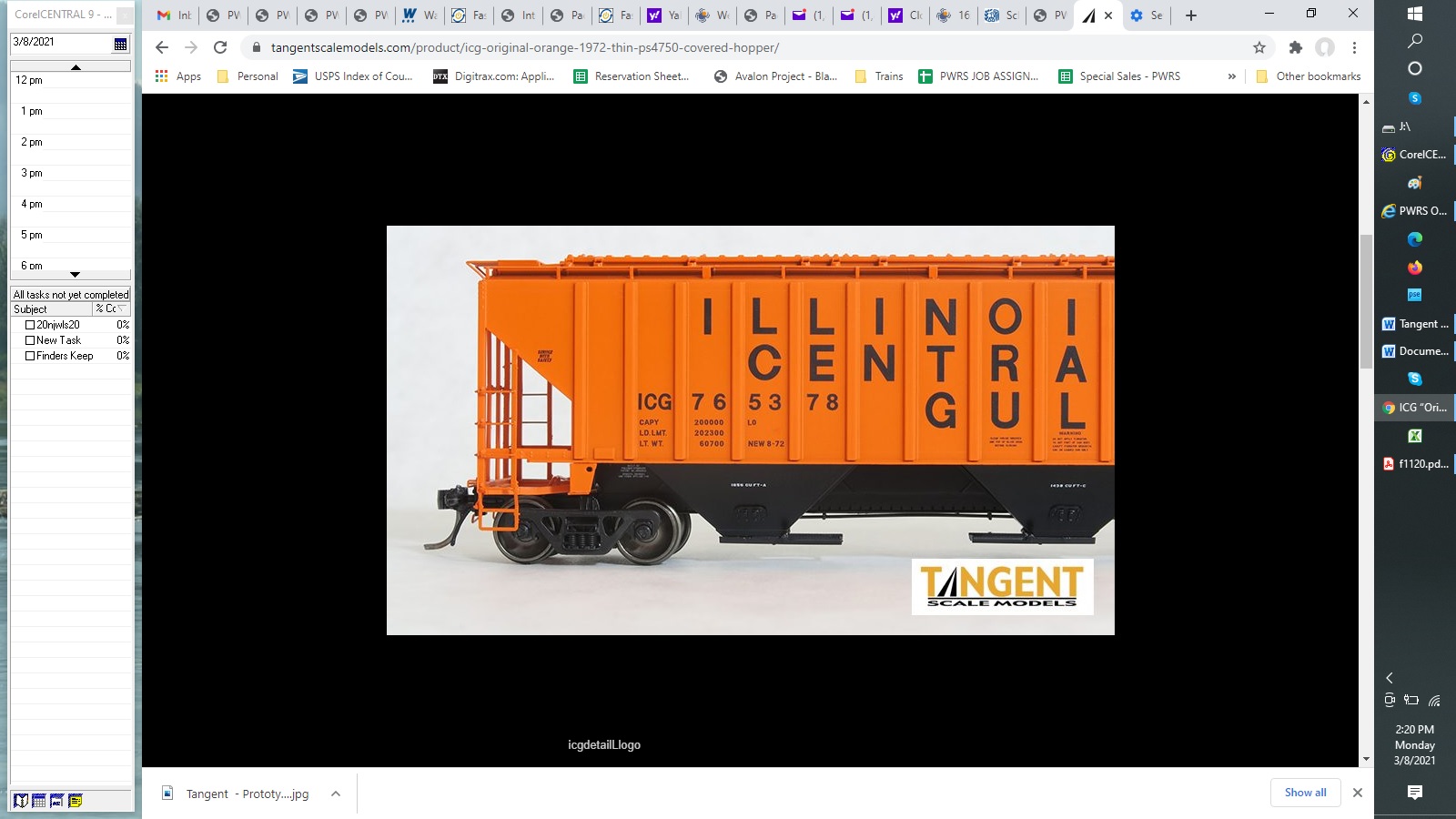 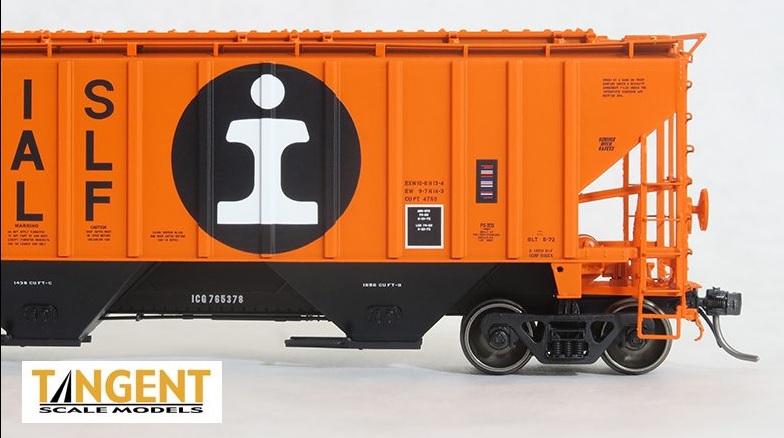