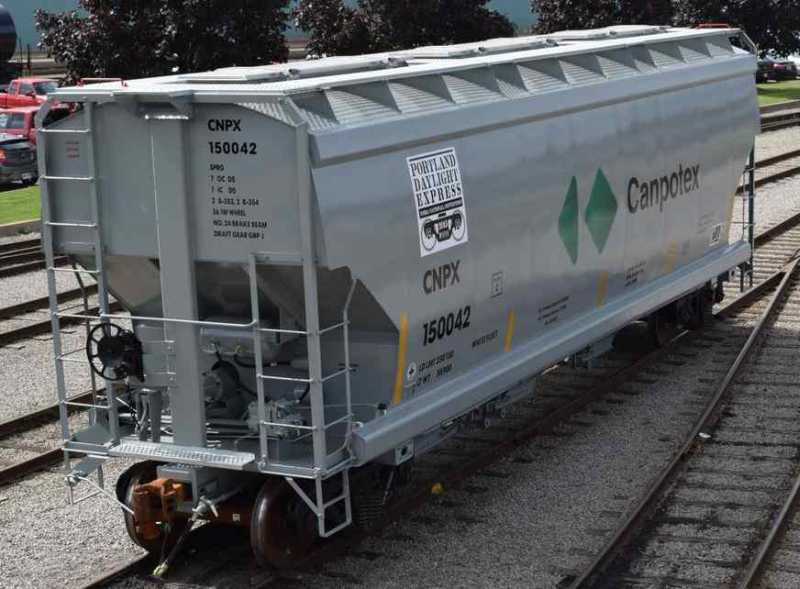 Attention Modelers:
In February 2015, we met with representatives of Canpotex in Saskatoon. We discussed the NMRA Show and Convention for 2015 being held in Portland, Oregon. We noted Canpotex had recently opened a new multi-million dollar facility to unload Canpotex railcars at Terminal 5 in Portland.
In light of Canpotex’ involvement in community relations, we then asked for permission to add graphics to promote the Portland NMRA Convention on one of Canpotex' existing 4275 cu ft National Steel Car Potash Hoppers, the same cars North American Railcar Corporation will soon release exclusively through Pacific Western Rail Systems.
Canpotex offered instead, to use a brand new car that was to be built by National Steel Car during the summer. To facilitate the car, Pacific Western Rail Systems & North American Railcar Corporation financed the graphics and lettering of the car.
Approximately 4 weeks ago, the new car was built at National Steel Car in Hamilton, Ontario. It is currently on route to Portland for the weekend of the show.
In addition to the prototype car, we are producing this car in model form as part of our upcoming first release of our new North American Railcar Corporation NSC Potash Service Hopper family of cars.
We are accepting reservations for the car in both HO Scale & N Scale with release expected in the winter. Pacific Western Rail Systems & North American Railcar Corporation would like to thank the convention hosts in Portland, Canpotex, and National Steel Car for making this special promotional project possible. Projects like this that help promote the hobby to the public at large.
A note to modelers: Some have noted the CNPX reporting marks and assumed ownership by either Canadian National or Canadian Pacific. This is not the case, as Canpotex has introduced this reporting mark as they increase their fleet of these cars.
A portion of the proceeds from the sale of these cars will be donated to the NMRA Convention in Portland to aid in their efforts to promote model railroading.
We expect to have production samples of the new NSC Potash Service Hoppers at the convention. Please stop by at Booth 813 in Hall E to see these and other products. Follow the arrows on the floor plan excerpt below to get to our booth: 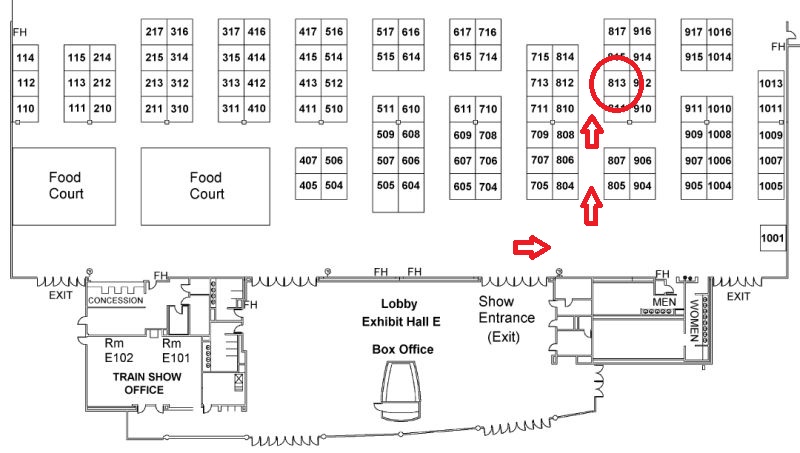 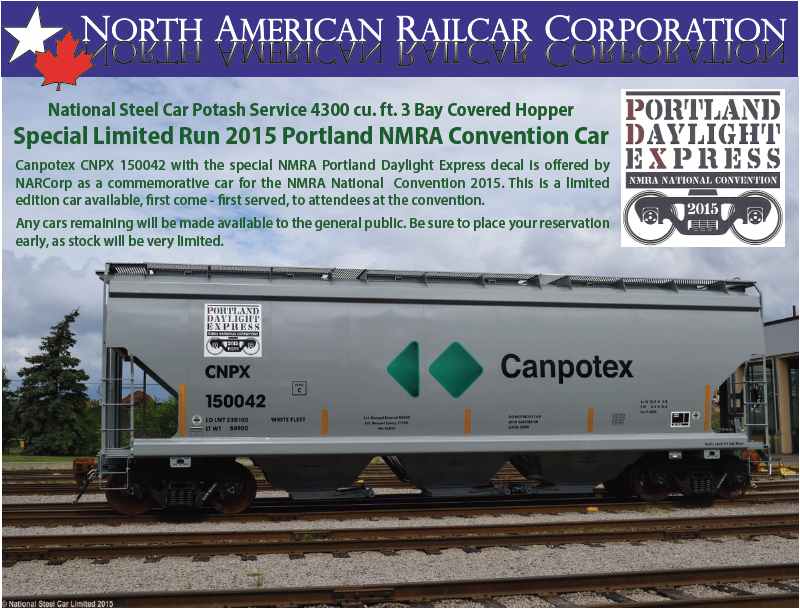 Canpotex is the offshore marketing company for potash produced in Saskatchewan by PotashCorp, Mosaic and Agrium. Canpotex is equally owned by all three producers, each of which contributes product according to established capacities. Canpotex provides marketing expertise and distribution infrastructure to serve offshore markets from its offices in Saskatoon, Vancouver, Singapore, Hong Kong and Tokyo.

This car would be an outstanding addition to the North American Railcar Corporation Canpotex NSC Potash Service 3-Bay Hoppers (CPTX) (CGLX) (CITX) (PTEX) due to arrive later this year.

If you have not reserved yours, there is still time! 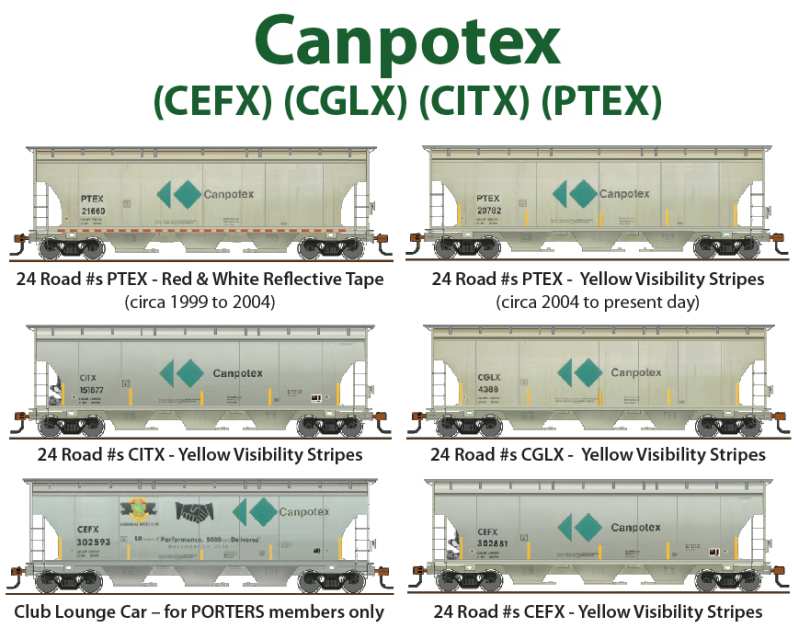